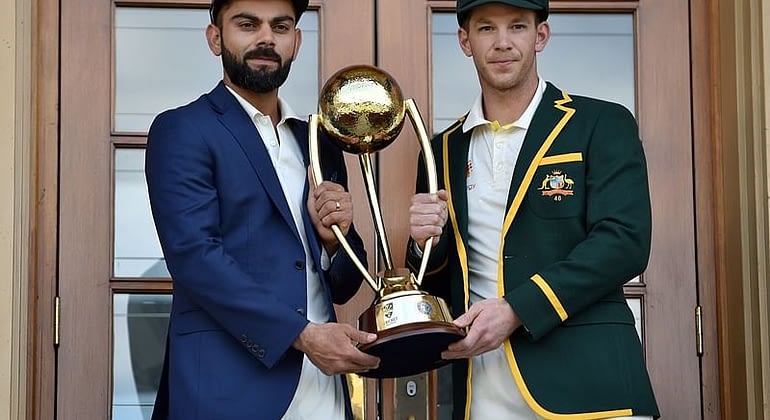 “It is wonderful to see the world’s largest cricketing nation putting its focus firmly on Test cricket – a step that will reinforce the pre-eminence of Tests in the global cricketing landscape.

“Virat and Ravi have been at the forefront of that and Test cricket are well served having both placing such significance on the five-day format.”

Australian-Indian sports educational and cultural society (AISECS) took the initiative to get the achievement of these Indian cricket legends acknowledged in Australia.

Virat Kohli has become the only Indian cricket captain to win a test series on Australian soil.

Why ASIECS is different from other organisations, is the way it is launching itself — by holding a cricket match between Australian politicians and Indian consulate officials.

Victor Dominello and colleagues to face B Vanlalvawna’s team at cricket grounds.Gurnam Singh founder and president of AISECS told SBS Punjabi, ‘We are a team of volunteers coming from various backgrounds who have established ourselves in this land of opportunities by working all the way up from scratch. We now feel it’s our responsibility to provide guidance and directions to the future generations so that they can fulfil their dreams without going through too much struggle’.

‘In other words, AISECS is an organisation founded by common people, and for the common people. AISECS is aiming to create stronger future pathways by way of utilizing the rich cultural and sporting heritage that these two nations have in common’.

Gurnam Says, ‘The creativity of AISECS can be judged from its formal launch – unlike traditional hotel and club launches, we are inviting a show match between Australian politicians and Indian Consulate office bearers. All are invited to join to enjoy a day full of fun and sports at Meadowbank grounds (on Constitution Road) on 16th Sep starting from 10.30am’.

Would be lots of fun cricket with Consul General officials and Australian Politicians.The future plans and series of events that AISECS is going to bring to the communities would be announced at the launch itself. These will comprise planning and execution of oncoming summer of cricket series between visiting Indian team and Australia as well as holding of few other events to help international students who come here in Australia for fulfilling their dreams.

Gurnam says, ‘One of AISECS main aims is to make international students feel welcome in Australia and provide all possible assistance to the newcomers. We, the team AISECS are from a variety of backgrounds and are confident to provide ongoing support and guidance on a variety of topics’.

The match, organised by AISECS under the leadership of Mr Gurnam Singh was friendly in nature but not in spirit. Mr Dominello warned Mr Vanlalvawna from the stage during the opening ceremony of a tough fight. He said, “We are here to win.”

Mr Vanlalvawna replied with a gentle smile, “Let our bat and ball respond.”

This friendly cricket match was an initiative of AISECS to bring communities together and give the cricketing season a harmonious start. Mr Gurnam Singh said, “Cricket is the best medium to bring India and Australia together. We youngsters want to make a society which plays together, stays together. I hope this initiative brings the point home.”

CG-XI chose to bat first after winning the toss. The team played well despite losing its first wicket in the second over. The placed a massive total of 194 on the scoreboard in the 15 overs.

Minister’s-XI responded well with some great knocks but fell very short of the target. They could make 154 runs in 15 overs, losing the match to CG-XI.