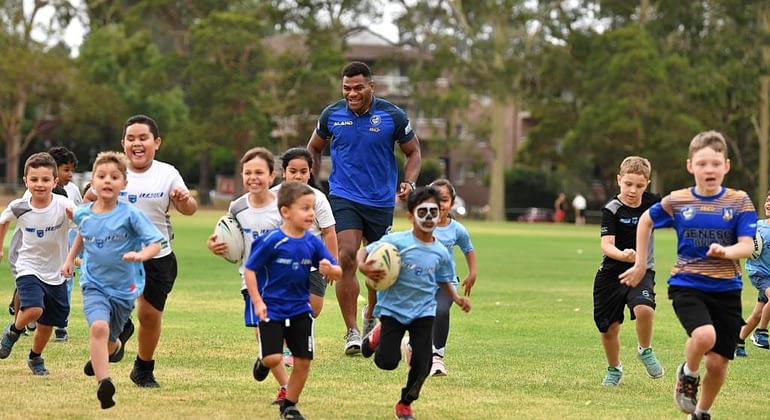 The uncertain and unpredictable challenges that the COVID-19 virus produced, put the entire world in a spot of bother. The never-give-up attitude of humanity ensured that we are collectively stronger than the virus, and we will keep fighting against it. Just like various other industries, ‘Sport in the new normal’ is a different atmosphere that the world is getting used to.

Sport is a medium that unites individuals across the world and AISECS certainly believes it has helped in strengthening the bilateral relationship between India and Australia. AISECS is announcing a Webinar Series to shed light on the new rules, regulations as well as the structure across different sports especially when it comes to the grassroots level and bridge the gap between talent and opportunity.

At AISECS, we are constantly being approached by parents of budding athletes from the subcontinent who aren’t quite sure of the best way to allow their child to participate in club-level sports. They have a very minimal understanding of the structure and pathways in Australian sports and therefore are unaware of the avenues available to see their child grow. Through these webinars, we intend to educate the community on ways to participate and get involved right from grassroots all the way to professional-level sport.

To do this, we will be conducting webinars with representatives from each state who will be brought together on a common platform to inform the community about the structure of sport in Australia. This webinar series will cover multiple sports where our primary aim will be to spread first-hand knowledge and awareness of the sport, educate about the new rules and ways to be involved within the sport at the foundation level.

The way we will be doing this is by inviting the stakeholders from each game i.e. people involved in Participation, Game development, High Performance, Diversity & Inclusion, Player Development, Talent Identification & Pathways, and State Infrastructure to ensure there are key takeaways for the attendees. In addition to the above, we also aim to educate the people about the rise of women in sport and equal opportunities along with increased female participation.

Through this initiative, we hope to strengthen inter-state ties, improve grassroots participation, discuss coach education platforms and most importantly, keep the passion of sports consistent and moving forward.

The match, organised by AISECS under the leadership of Mr Gurnam Singh was friendly in nature but not in spirit. Mr Dominello warned Mr Vanlalvawna from the stage during the opening ceremony of a tough fight. He said, “We are here to win.”

Mr Vanlalvawna replied with a gentle smile, “Let our bat and ball respond.”

This friendly cricket match was an initiative of AISECS to bring communities together and give the cricketing season a harmonious start. Mr Gurnam Singh said, “Cricket is the best medium to bring India and Australia together. We youngsters want to make a society which plays together, stays together. I hope this initiative brings the point home.”

CG-XI chose to bat first after winning the toss. The team played well despite losing its first wicket in the second over. The placed a massive total of 194 on the scoreboard in the 15 overs.

Minister’s-XI responded well with some great knocks but fell very short of the target. They could make 154 runs in 15 overs, losing the match to CG-XI.